None of the boats here went out with the rain and wind the Thurs or Fri.  Saturday morning there was some wind form the N E so we tried in the bay only catching a few keeper porgies an mostly shorts. Went across to where we have been fishing but it was rolly, but not terrible but it did not agree with  a few,  you know what  mean. First drop was the same thing with short porgies and small sea bass. Then we found the big ones and had a good pick going. Sonny ended up wit a couple of dozen and he was not even high hook. The afternoon was a different story as we went right back to where we left them biting and it didn't happen. Tried drifting and anchoring different areas but only a slow pick on mostly short sea bass(closed anyway)  small porgies but not may keepers.We will see what happens today. Tomorrow they are calling for some showers in the afternoon so we will only fish the morning Thanks for looking in and here are some pics. 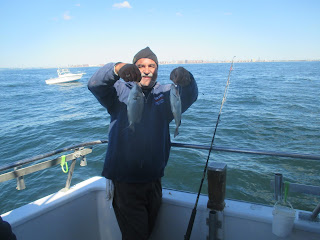 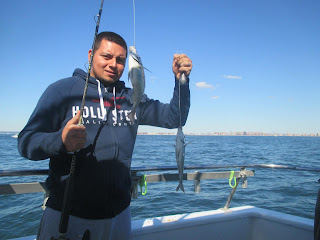 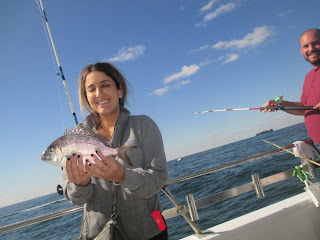 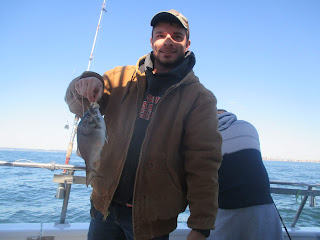 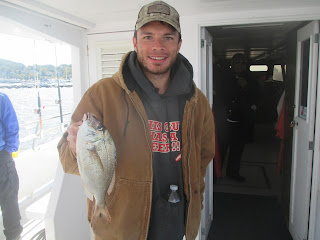 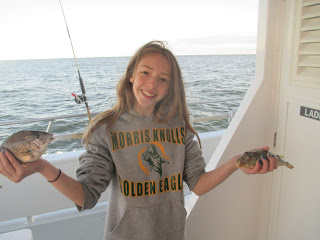