In the morning we went to where we fished on Saturday afternoon so we did not have to deal with strong current issues. Picked away for half the morning and then it died, I think some false albacore came and spooked them. Made a couple of moves and finally found some that were hungry. The only problem was most of them were shorts with only a few keepers mixed in, the opposite of what we have been seeing. Went to the same are in the afternoon but the fishing was not as good overall. Some people did good while some only caught a few, but all went home with  a few meals. Still sailing two trips every day this week as long a s enough show up to go. Thanks for looking in and hope to see you as the weeks weather looks good. Here are few pics including one of the albacore we caught, that the kids had a blast taking turns reeling it in. 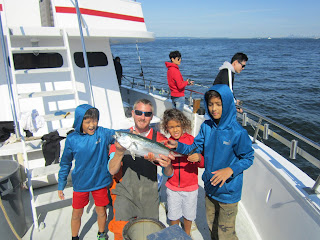 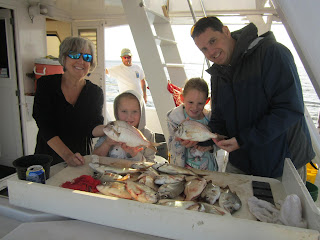 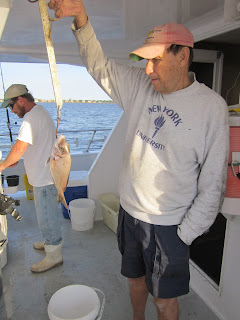 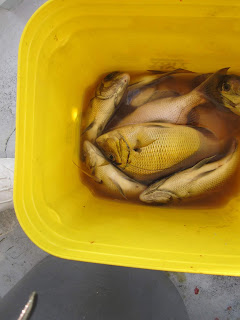 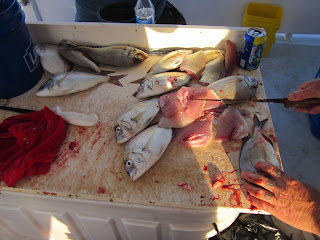